The spread of the Aramaic language

The progressive diffusion of the Aramaic language is such an important phenomenon, that it has to be mentioned in passing, even if it affects a period of time outside the one considered in this chapter. At the beginning of the first millennium bc, the Aramaic dialects were only one of the many linguistic groups in the Near East. Moreover, the Arameans were in contact with areas speaking a variety of languages, from Phoenician to Hebrew, Neo-Hittite and Assyrian. At the time, the characteristic features of Aramaic were not yet fully developed within the group of Western Semitic languages. In the course of half a millennium, through a slow yet unstoppable process, the entire Syro-Levantine and Mesopotamian region became Aramaic, making this language one of the official ones of the empire. Aramaic texts would spread even outside this region, reaching Anatolia, Egypt, Arabia, Iran and even the borders of India. At the same time, other languages, from Canaanite dialects to Assyrian and Babylonian, were experiencing the opposite phenomenon and began to disappear. This process was long and complex and went through several stages.

The first phase took place between the second and first millennium bc, coinciding with the infiltration and sedentarisation of Aramean groups mentioned above. As a result, an Aramaic-speaking zone appeared in Syria and the northern Levant, including the desert hinterland, which remains sparsely documented. In this phase, Aramaic only stood out from the other north-western Semitic languages of the area through a few emerging traits. It was subdivided into a variety of local dialects, which the inscriptions from various sites occasionally display in writing.

The second phase took place in the following centuries, through the progressive movement of the Aramean groups. In Upper Syria, Aramaic rose at the expense of the Neo-Hittite language (which was already precarious on a demographic level). In Upper Mesopotamia, it rose at the expense of the last remainders of Hurrian languages and in clear competition with the Assyrian expansion. Finally, in Lower Mesopotamia, Aramaic appeared alongside or instead of Babylonian. The degree of infiltration in this phase is difficult to quantify, since the previous dominating languages and cultures had a considerable staying power in the documentation. One of the clues of this Aramean infiltration, however, is the growing presence of Aramaic personal names and glosses in the Akkadian texts. The survival of the official written languages therefore only partly obscures this changing situation, which was primarily affecting the spoken language.

The third phase is linked to the imperial deportations of the Assyrians and the Babylonians and the later returns granted by the Achaemenids. These deportations led to a gradual integration of the local population with the newcomers. In the long run, this process benefited the Aramaic language, which was the most widespread element among those deported. Also in the heart of the empires, deportations, which were aimed at repopulating areas experiencing a demographic crisis, caused linguistic changes in favour of the prevailing language. Moreover, when some groups of deportees managed to return from Babylonia to their original lands, they brought back a new Aramaic language, which had become theirs during the exile. This is true for the well-known case of Judaea, but it was certainly not the only one.

Naturally, each region gradually accumulated the impact of the various factors and the various stages of infiltration. For instance, Babylonia first experienced the arrival of entire nomadic tribes that settled in marginal areas. Then, there was the progressive infiltration of Aramean groups in the countryside and in the Akkadian-speaking Babylonian cities in search of work and land. Finally, there was the arrival of deportees from western Aramaic lands, who were superimposed on a population that had already begun to integrate and was already used to the Akkadian/Aramaic bilingualism. By the end of the process, the weakest and smallest groups were assimilated within the predominant Aramaic groups, leading to the emergence of a unified Aramaic dialect (the so-called Imperial Aramaic). Imperial Aramaic first appeared in Assyria and then spread throughout the empire, substituting and changing pre-existing local dialects. All the following Aramaic dialects, from the Biblical to the Egyptian variety (which were in reality more written variations than actual dialects) of the Achaemenid period were derived from Imperial Aramaic.

Aramaic therefore became the language spoken by the majority of people in Syria, the Levant and Mesopotamia. Consequently, the empires (the Babylonian and especially the Persian empires) began to use it as their official language alongside the persistent use of Akkadian. This linguistic problem naturally led to the (different yet closely linked) issue of the writing system used by Aramaic. While Akkadian remained closely connected to the complex cuneiform system and its enormous list of signs, Aramaic used an alphabetic writing, far easier to learn and use (Figure 25.5). Already in the Assyrian period, cuneiform tablets began to provide notes in the Aramaic alphabet, providing an easier identification of the text. By the Neo-Babylonian period, Aramaic was fully used alongside Akkadian in administrative texts (Figure 25.6).

It is worth bearing in mind, however, that the different materials used to write each language has led to an imbalance in the surviving documentation. While clay tablets normally survive virtually intact, of the papyri used for Aramaic usually only the clay ‘bulla’ survives. The latter preserve the seal impression of the functionary, placed on the knot holding the now decayed papyrus. If we did not have these issues in the survival of the evidence, we would be in a far better position to assess the growing role of Aramaic in the imperial administrations of the time. On a spoken level, the unification and de-culturation of the provinces, brought about by the imperial conquests, facilitated the rise of Aramaic in every area inhabited by a Semitic-speaking population. Aramaic thus developed alongside Persian, which had by then prevailed in the Iranian plateau and the last surviving Anatolian languages, destined to be supplanted by Greek later on. Apart from Aramaic, the often elusive reservoir constituted by the Arabian Peninsula was experiencing the rise of Arabian-speaking peoples. The latter would eventually impose on Aramaic the same processes of superimposition and assimilation that the latter had imposed on Canaanite and Akkadian. 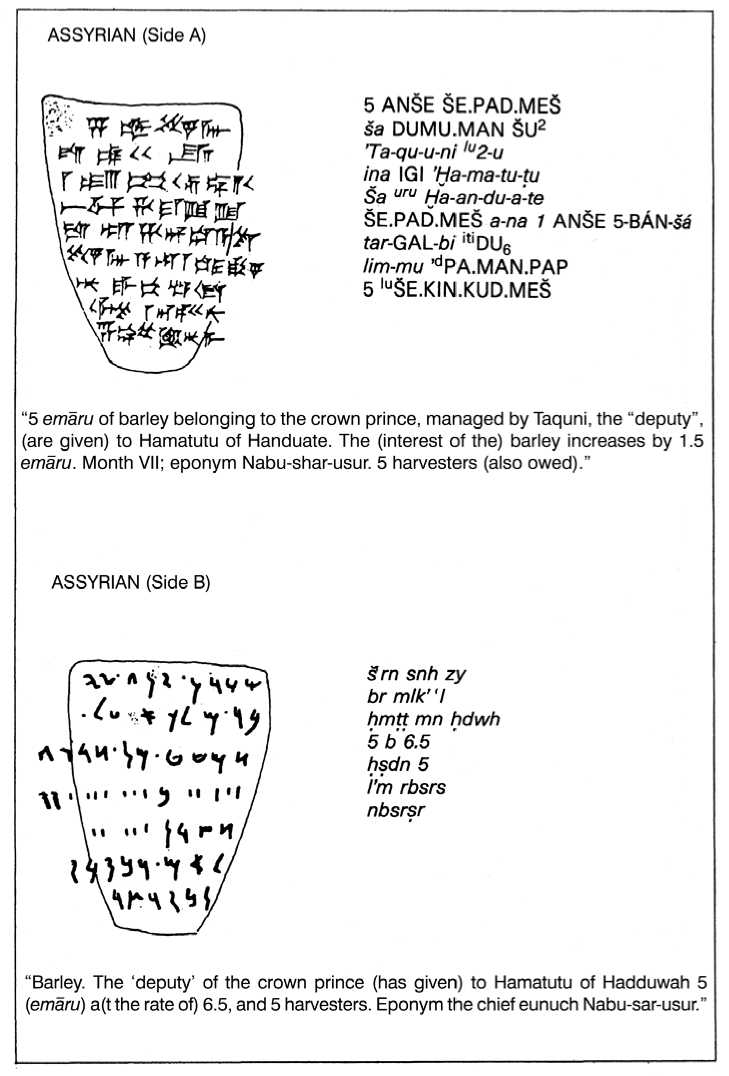 Figure 25.6 Bilingual tablet (Assyrian and Aramaic), with a record of a loan in barley.