The ‘Hover Rover’ might well be the most outrageous special Land Rover of all time. Hovercraft were all the rage in the early 1960s, and the military authorities were as keen as anyone to exploit the extraordinary ability of such vehicles to cross both solid terrain, almost regardless of condition and topography, and water. What could be better than a Land Rover which exhibited the properties of a hovercraft?

Vickers, who had supplied the first commercial hovercraft in the summer of 1962, had actuallv

Above and overleaf: The ‘Hover Rover’ attempted to exploit the legendary go-anywhere abilities of the Land Rover with the versatility of the air-cushion hovercraft. Two or three prototypes were produced in different configurations, but the vehicle did not enter production. 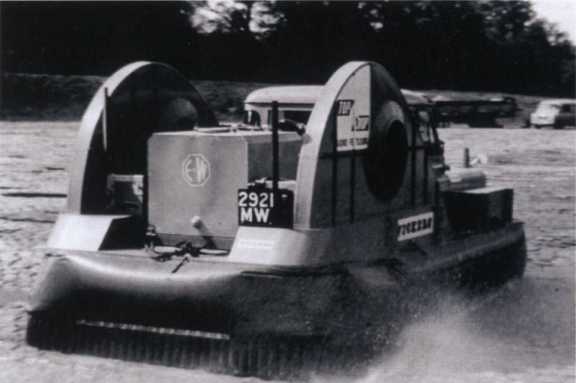 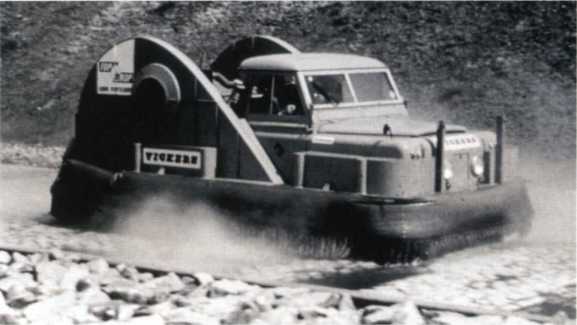 Announced the Hover Rover a month or two earlier, in May 1962. It consisted of a 109in (2.77m) Series II, dating from 1961, with a second engine installed on the rear load bed, driving a pair of vertically-mounted lift fans... an inflatable rubber skirt was fitted around the perimeter of the vehicle and there were modifications to virtually every body panel. Unlike most hovercraft, the vehicle was actually still driven by its wheels; the hover fans simply provided enough lift to prevent the weight of the machine from bogging down on soft and marshy ground.

It was trialled, and famously filmed, by FVRDE between 1962 and 1963, but there were no purchases.

Little is known about a second such vehicle, which more closely resembled a conventional hovercraft, being powered by a horizontally-mounted single large lift fan. Again, it was certainly tested by the military authorities, but never entered service.