By the time the production of the Series IIA came to an end in 1971, the vehicle was beginning to look very long in the tooth. In the mid-1960s Rover had commissioned a radical redesign, at least on paper, but had lacked the funding to proceed. At the end of the decade the company was citing market research which claimed that customers were looking for a modernisation package rather than any quantum leaps forward.

Launched in September 1971, the new Series III was little more than an updated version of the Series IIA.

Many would argue that the new all-synchromesh gearbox, combined with a reduced low-ratio gear in the transfer box, was the most significant change, albeit the gearbox had already been trialled, unannounced in the Series IIA, and anyway proved to be weaker than the version it replaced. Others might have pointed to the prominence of the rather unattractive plastic radiator grille! Under the bonnet, the dynamo was replaced by an alternator, and the battery was taken out from under the seats and positioned under the bonnet. Other changes included a new diaphragm clutch, improved brakes with optional servo assistance, strengthened stub axles and a heavy-duty Salisbury rear axle with improved half-shafts. This latter upgrade was initially reserved for the six-cylinder models, but became standard fitment on all long-wheelbase chassis in 1972.

Visually, there was little, apart from that radiator grille, and new door hinges, which protruded rather less than the originals, to distinguish the new model.

Inside, it was another matter. The dashboard was completely redesigned, positioning the instruments in front of the driver and incorporating a stowage locker. There was also a new steering wheel on a lockable column, the heating system was improved... and there was even provision for a radio!

Overdrive was offered as a standard option from August 1974, giving an improvement in fuel consumption of around 3mpg (1. lkm/1).

Rover, faced with ever-rising costs and a high rate of inflation, decided that economies were necessary in order to keep the company viable and, in 1974, pulled out of the North American market. Nevertheless production continued at an average 45-50,000 vehicles a year and, by 1976, one million Land Rovers had been produced. By April 1978, Land Rovers were coming out of the 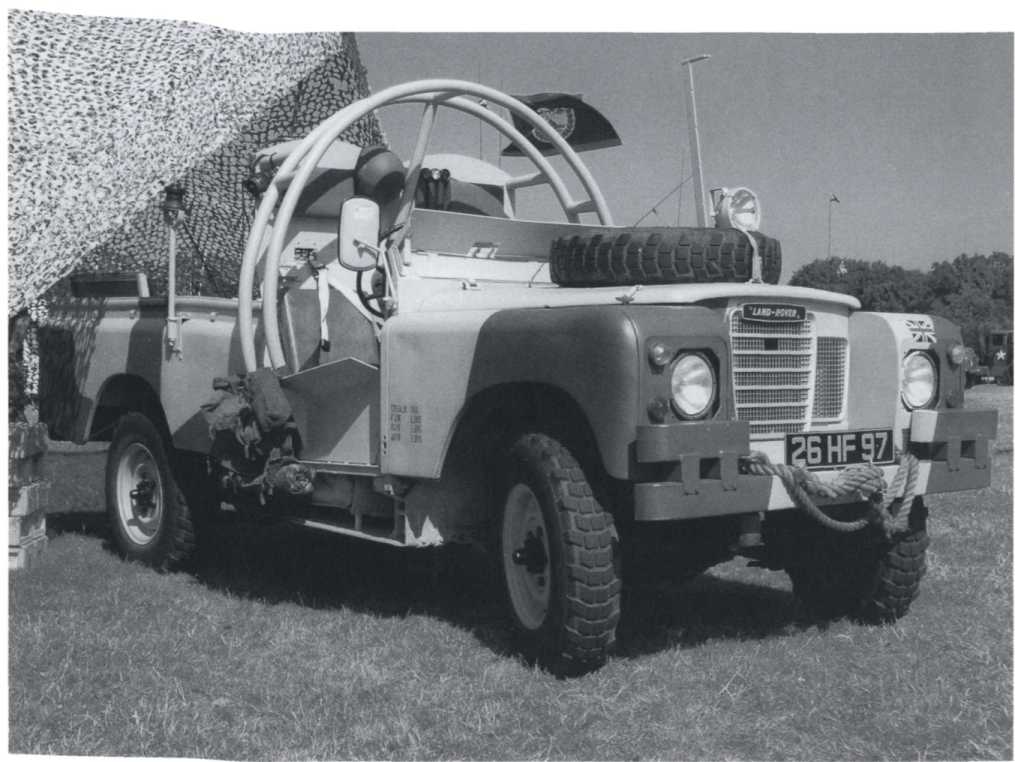 Since the British Leyland takeover Rover had been part of BL’s Specialist Cars Division, alongside Jaguar, Daimler and Triumph. This was fine for the car side of the business, but there was little synergy for the rather more specialised Land Rover vehicles. In July 1978, Leyland created two autonomous car-making operations - Austin-Morris Limited and Jaguar-Rover-Triumph Limited. Land-Rover became a separate unit within Jaguar-Rover-Triumph, eventually taking over all of the Solihull site, with Rover cars being produced elsewhere.

A month later it was announced that ?280 million had been earmarked for development of the Land Rover range.

Some ?30 million of this money had already been approved for Stage One, a V8-powered version of the 109in (2.77m) Series III.

Announced for export in February 1979, and making a show debut at Geneva that year, this was the first manifestation of the ?280 million investment programme which eventually led to the development of the coil-sprung Defender. Stage One could be easily identified by the full-width black-painted front grille and redesigned bonnet, both necessary to accommodate the largerV8 engine.

Originally developed by General Motors’ Buick Division in the US for leisure marine applications, this 3,528cc engine, which used many aluminium castings, allowed Land Rover to offer more power to customers with a minimum weight penalty. The engine was capable of considerable power output, going on to become a favourite with British hot-rodders, and was fitted in the military lOlin (2.57m) forward control and the Defender, as well as in a range of high-performance low-volume sports cars. For the Stage One, the Land Rover’s somewhat archaic brakes demanded 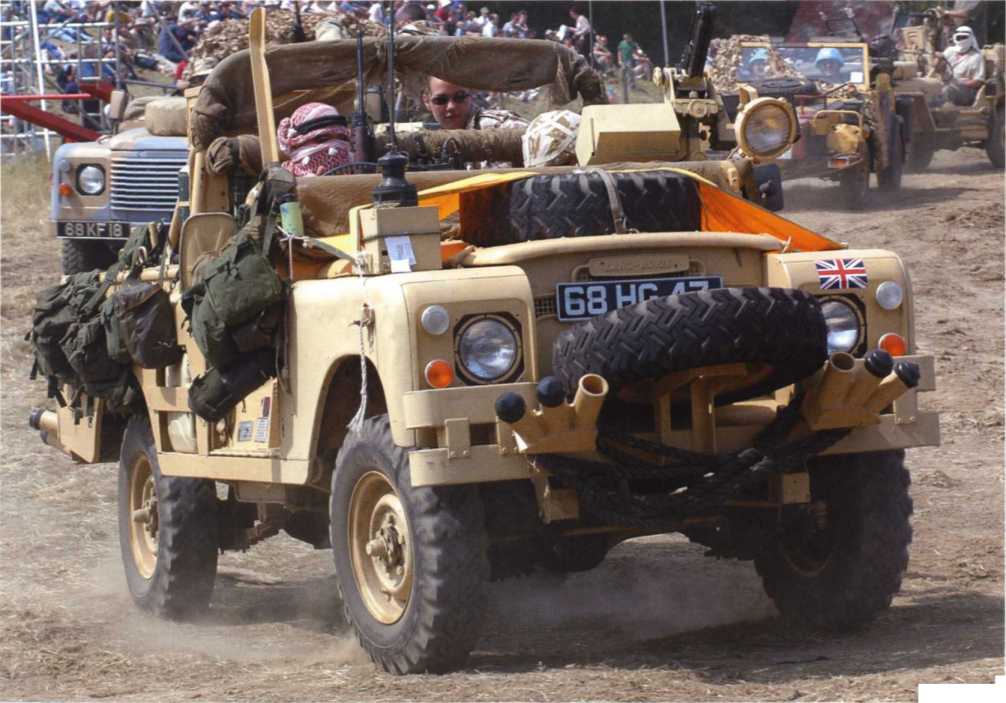 That the engine was detuned to 95bhp, but it also produced excellent torque from low down in the revolutions range. It was coupled to the permanent four-wheel drive system of the Range Rover.

As far as is known no Stage Ones were supplied to the British armed forces although it is believed that the Royal Ulster Constabulary found the extra performance useful, particularly when combined with an armoured body. The Stage One also formed the basis for the half-tracked Laird Centaur (see page 152) and the Hotspur 6x6 armoured (page 171). It was also popular with the New Zealand Army and several Middle Eastern armies, including Iraq!

In April 1982, the I09in (2.77m) Series III chassis was offered with a new high-capacity pickup body, to suit either a 2,205lb (1,000kg) or 2,8661b (1,300kg) payload, the latter featuring uprated suspension and shock absorbers. The pick-up bed was carried on a new type of subframe which projected 7in (18cm) beyond the rear cross-member. The vehicle could be supplied either with a closed truck cab or with a full-length canvas hood. Engine options included both four and eight-cylinder units.

Production of the Series 111, and the Stage One, continued until 1985 when both were replaced by what ought to have been called ‘Stage Two’, the coil-sprung Land Rover 90 and the 110... actually, this is not quite the whole story for ‘Stage Two’ also included the four-door Range Rover and, from around 1981, the use of new five-bearing engines across the entire product range.

But before the coil-sprung 90 and 110 models appeared, big changes were necessary at the Land Rover factory, with a new engine plant being built together with two extra production lines.