THE INVENTION AND EARLY YEARS OF THE CINEMA, I880s-I904 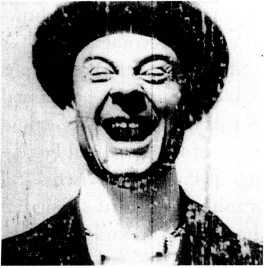 Hauling entire theater productions from town to town, however, was expensive. Similarly, most people had to travel long distances to visit major dioramas or amusement parks. In the days before airplane travel, few could hope to see firsthand the exotic lands they glimpsed in static view in books of travel photographs or in their stereoscopes, hand-held viewers that created three-dimensional effects by using oblong cards with two photographs printed side by side.

The cinema was to offer a cheaper, simpler way of providing entertainment to the masses. Filmmakers could record actors’ performances, which then could be shown to audiences around the world. Travelogues would bring the sights of far-flung places, with movement, directly to spectators’ hometowns. Movies would become the most popular visual art form of the late Victorian age.

The cinema was invented during the 1890s. It appeared in the wake of the industrial revolution, as did the telephone (invented in 1876), the phonograph (1877), and the automobile (developed during the 1880s and 1890s). Like them, it was a technological device that became the basis of a large industry. It was also a new form of entertainment and a new artistic medium. During the first decade of the cinema’s existence, inventors worked to improve the machines for making and showing films.

Filmmakers also had to explore what sorts of images they could record, and exhibitors had to figure out how to present those images to audiences.