Why should you study economic history? The best short answer is to better prepare you for the future. Economic history provides you with a clear perspective on the forces of change and a good understanding of the lessons of the past. The study of economic history also provides lessons on nation building and ways to analyze policies and institutions that affect the nation as well as you personally.

Household Ownership and Use of Products

The past 100 years have brought a virtual explosion in the array of goods Americans routinely enjoy. At the turn of the century, nobody—not even society's wealthiest—could travel by air, wear comfortable tennis shoes, or even take an aspirin, yet the majority of modern-day Americans regularly do so. From cars to computers to cell phones, our ancestors would gawk at the products almost all Americans take for granted.

PERCENT OF U. S. HOUSEHOLDS

One hundred years ago, citizens of Great Britain enjoyed the highest standards of living in the world, and the British Empire was the leading world power. In 1892, the dominant European powers upgraded the ranks of their diplomats in Washington, D. C., from ministers to ambassadors, thereby elevating the United States to first-division status among nations. On economic grounds, this upgrading should have occurred much earlier, because in 1892, output per capita in the United States was much higher than in France and Germany and not far below that in Great Britain.

In 1950, the United States was the most powerful nation in the world, and Americans enjoyed standards of living higher, by far, than those of any other people. Another “super power,” however, was intensely challenging this supremacy. As the cold war unfolded and intensified after World War II, nations became divided into two clusters: communist nations emphasizing command, control, and central planning systems; and free nations emphasizing markets, trade, competition, and limited government. This division into clusters was especially apparent in Europe and Asia, and many other nations sat on the sidelines pondering their futures and which system to follow. By all appearances, the Soviet Union displayed levels of economic, technological, and military strength rivaling those of the United States. It launched its space satellite, called Sputnik, in 1957, placing the first vehicle constructed on Earth in space. The Cold War ended in 1989, and many satellite nations of the Soviet Union (e. g., Eastern Germany, the former Czechoslovakia, etc.) broke free. By the mid-1990s, the Russian Federation desperately needed aid just to feed its people. The life expectancy of men in Russia plummeted from the low 60s (mid-1980s) to 56 (mid-1990s). The economic and political collapse of the Soviet Union and the overwhelming relative success of market-driven systems provide another example of the importance of studying economic history.

Such swings in international power, status, and relative well-being are sobering reminders that the present is forever changing and slipping into the past. Are the changes that all of us will see and experience in our lifetimes inevitable, or can destinies be steered? How did we get where we are today?

It is unfortunate that history is often presented in forms that seem irrelevant to our everyday lives. Merely memorizing and recalling dates and places, generals and wars, presidents and legislative acts misdirects our attention to what happened to whom (and when) rather than the more useful focus on how and why events happened. One of the special virtues of the study of economic history is its focus on how and why. It provides us a deeper understanding of how we developed as a nation, how different segments of the population have fared, and what principal policies or compelling forces brought about differential progress (or regress) among regions and people. In short, the study of economic history enriches our intellectual development and provides an essential perspective on contemporary affairs. It also offers practical analytical guidance on matters of policy. The study of economic history is best suited for those who care about the next 1 to 1,000 years and who want to make the future better than the past.

This is no empty claim. Surely one of the primary reasons students major in economics or American history is to ultimately enhance the operation and performance of the American economy and to gain personally. Certainly instructors hope their students will be better-informed citizens and more productive businesspeople, politicians, and professionals. “If this is so,” as Gavin Wright recently properly chastised his economic colleagues,

If the whole operation has something to do with improving the performance of the U. S. economy, then it is perfectly scandalous that the majority of economics students complete their studies with no knowledge whatsoever about how the United States became the leading economy in the world, as of the first half of the twentieth century. What sort of doctor would diagnose and prescribe without taking a medical history? (1986, 81)

Too often, students are victims of economics textbooks that convey no information on the rise and development of the U. S. economy. Rather, textbooks convey the status quo of American preeminence as if it just happened, as if there were no puzzle to it, as if growth were more or less an automatic, year-by-year, self-sustained process. Authors of such textbooks need an eye-opening sabbatical in Greece, Russia, or Zimbabwe.

Economic history is a longitudinal study but not so long and slow as, say, geology, in which only imperceptible changes occur in one’s lifetime. In contrast, the pace of modern economic change is fast and accelerating in many dimensions. Within living memory of most Americans, nations have risen from minor economic significance to world prominence (Hong Kong, China; Japan; the Republic of Korea), while others have fallen from first-position powers to stagnation (Russia in the 1990s and Argentina after 2002).Whole new systems of international economic trade and payments have been developed (the North American Free Trade Agreement, European Union). New institutions, regulations, and laws (Clean Air Act of 1990, Welfare Reform Act of 1996) have swiftly emerged; these sometimes expand and sometimes constrain our range of economic choices.

The role of government in the economy is vastly different from what it was only 60 or 70 years ago; undoubtedly, it will be strikingly different 50 years from now. The study of economic history stresses the role of institutional change, how certain groups brought about economic change, and why. The study of history, then, is more than an activity to amuse us or sharpen our wits. History is a vast body of information essential to making public policy decisions. Indeed, history is the testing grounds for the economic theory and principles taught in economics classes, as well as for the theories taught in other subjects. 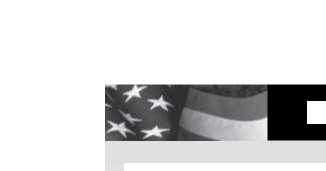 As John M. Keynes has said,

[E]conomics does not furnish a body of settled conclusions immediately applicable to policy. It is a method rather than a doctrine, an apparatus of the mind, a technique of thinking which helps its possessor to draw correct conclusions.

This “apparatus of the mind,” or economic way of thinking, follows logically from five basic propositions of human nature and well-accepted truths.

1.  People choose, and individual choices are the source of social outcomes. Scarcity compels us to compete in some form and it necessitates choice. People make choices based on their perceptions of the expected costs and benefits of alternatives. Choices involve risk; outcomes cannot be guaranteed because the consequences of choices lie in the future.

Alternatives. People weigh marginal gains against marginal sacrifices. Ultimately, the cost of any decision is the next-best alternative that must be forgone. Reasoned decision making leads to an increase in any activity in which expected benefits exceed expected costs, and a decrease in any activity in which expected costs exceed expected benefits.

Next time you are in a discussion or argument, recall Economic Reasoning Proposition 5. Evidence comes from history and tests the soundness of an opinion. An opinion is a good way to start a discussion, but it should not end one.

As Economic Reasoning Proposition 5 (evidence matters) emphasizes, not all opinions are equal, not when we want to understand how and why things happen. Two of the great advantages of economic history are its quantitative features and use of economic theory to give useful organization to historical facts. In combination, use of theory and evidence enhances our ability to test (refute or support) particular propositions and recommendations. This helps us choose among opinions that differ.