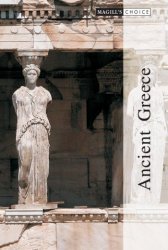 Ancient Greek civilization — the heroic tales of Homer and the philosophical musings of Plato, the bloody Peloponnesian Wars between Athens and Sparta and the vast empire of Alexander the Great — served as the touchstone for much of Western history that followed. Ancient Greece is a three-volume, A-Z survey of Greek history and culture from its earliest archaeological remains until the Battle of Actium in 31 B. c. E. , when Greek civilization merged with Roman to become Greco-Roman civilization, that is sure to fascinate students and general readers of all ages. The 315 essays in this work range in length from 1 to g pages. They include general overviews of such topics as art and architecture, daily life and customs, education and training, government and law, language and dialects, literature, medicine and health, mythology, the performing arts, philosophy, religion and ritual, science, sports and entertainment, warfare, and women's life. Biographical entries cover statesmen, military leaders, artists, writers, scientists, and philosophers. Descriptive entries examine types of literature, battles, and philosophical movements.