Armoured Warfare In The Arab-Israeli Conflicts (Images of War) 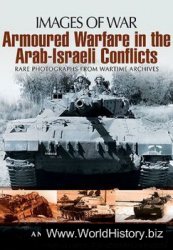 The latest volume in Anthony Tucker-Jones's series of books on armored warfare in the Images of War series is a graphic account of the development of armored forces in the Arab and Israeli armies from 1948 to the present day. In a sequence of over 200 archive photographs he tells the story of the role armor played in Arab-Israeli conflicts over the last sixty years, from the initial battles of 1948, through the Suez Crisis, the Six Day War, the Yom Kippur War, the Israeli invasion of Lebanon in 1982 and the Israeli attack on Hamas in Gaza in 2008.