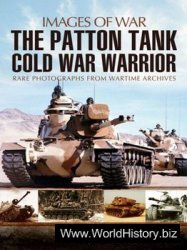 The end of WW2 and the early Cold War years saw the need for a more powerful tank than the Sherman and Pershing tanks. The first Patton tanks (M46) were converted Pershings which saw service in Korea. As the Cold War intensified, the M47 with a more effective 90mm gun and turret went into mass production (9000 built) and countered the Soviet build up.The M48 entered service in 1953 and the M47s were sold off to allies whose armies were being rebuilt.The original M48 had serious deficiencies. Nevertheless over 12000 of numerous variants (MY8A1/A2/A2C) came into service.