The Pioneers of Flight: A Documentary History 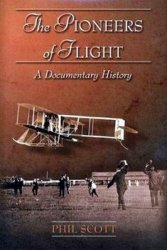 The pioneers of flight left a legacy of inventions that changed the world. Unknown to most people, many also left compelling written accounts of their ideas, scientific discoveries, and attempts--both successful and disastrous--to take to the air. Phil Scott presents the first major anthology of these writings. His selections show how humans from Ovid to the Wright brothers and beyond dreamed about flying and puzzled over the principles of physics and aerodynamics that kept birds aloft and men grounded. Their eloquent and incisive writings form a record of scientific curiosity and individual tenacity that will fascinate aviation enthusiasts, historians of technology, and anyone interested in the drama of early flight.