The Role of the Bomber 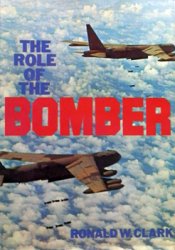 Lavishly illustrated with color and black-and-white photographs, The Role of the Bomber describes the changing strategic and tactical operations of the bomber from the days of ballooning to the present Within half a century of the Wright brothers' pioneering flight at Kittyhawk in 1903, the manned bomber grew from a military curiosity to become an apocalyptic threat looming over whole nations. In the following quarter of a century, as missiles began to dominate the battlefield, the bomber began a return flight from strategic to tactical duties and a future in which its role, its very definition, would be qualified. The role of the bomber, always significant in twentieth-century warfare, has often been different from that predicted—surprisingly effective at sea, but unexpectedly limited in the Korean and Vietnamese conflicts.