The Encyclopedia of Twentieth Century Warfare 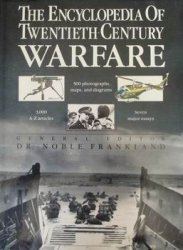 The Encyclopedia of Twentieth-Century Warfare provides for the first time in a single volume a comprehensive and authoritative survey of the wars and conflicts of the modern age. Its A to Z section contains more than 3,000 entries, defining and explaining for the nonspecialist the battles, the commanders, the weapons, and the strategic, tactical, and even political concepts involved in waging war. War was always a terrible scourge, but in the twentieth century it has become a complex and ambiguous activity, rarely fought with clear-cut notions of what total victory might mean, and more often than not ending inconclusively.