Shermans March - Atlanta to the Sea (The Civil War Series) 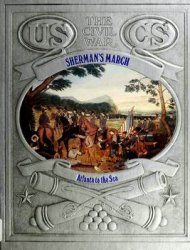 After General William Tecumseh Sherman took Atlanta in September 1864, General John B. Hood's Army of Tennessee regrouped outside the city and countered the grouped outside the city and countered the Federals by attacking northwest, toward Chattanooga. Rebuffed at Allatoona, Hood withdrew into Alabama as Sherman initiated his grand strategy: Leaving General George H. Thomas in Tennessee to deal with Hood, Sherman led his forces from Atlanta on a march southeastward to the sea.