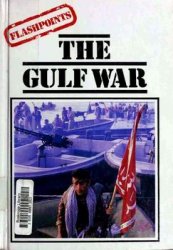 On September 22, 1980, waves of Iraqi MiG fighters streaked into Iran to attack ten military bases and airports across the country, including a military air base just outside the Iranian capital, Tehran. These missions were clearly meant to destroy the bulk of the Iranian air force on the ground. In fact, they failed. But, even so, fifteen hours after the first air raids had begun, Iraqi ground forces started moving into Iranian territory along a 350-mile front...