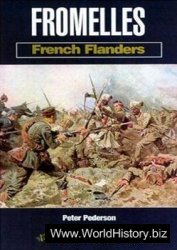 The attack at Fromelles is significant for a number of reasons. It was the Australians' first major operation on the Western Front and pitted them against a part of the German line that was an object lesson in the sitting of a defence. The objectives and the tactics employed to achieve them were changed several times and the sufficiency of resources vigorously debated. After the war, the British and Australian Official Historians argued as to how the battle should be interpreted. Most of the correspondence that accompanied their exchange of drafts has not been published and makes compelling reading.