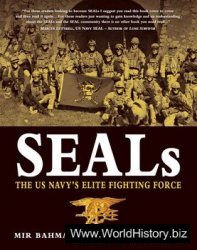 In the 25 years since the US Navy SEALs came into existence, they have become famous for their daring missions, advanced and unconventional tactics, hard training and hard-fought successes. Formed out of all of the Underwater Demolition Teams on May 1, 1983 as a response to US failures in special operations missions during the 1970s, SEALs have taken part in numerous conflicts ranging from Grenada in 1983, the invasion of Panama and operations in Somalia, Bosnia, Haiti, and Liberia. Most recently, SEAL units have participated in the ongoing missions of Operation Enduring Freedom in Afghanistan and Operation Iraqi Freedom in Iraq.