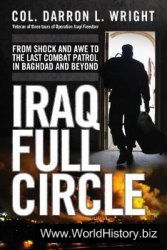 From 2003 through 2010, more than 200,000 men and women were deployed in Iraq. For seven years, they fought ferociously in the blistering sands in the Land Between the Two Rivers. Some fought for pride or survival, some to bring democracy to a forsaken land that has known only tyranny and strife. Scores of books have been published about the war, most criticizing the strategies and execution. Some have been personal memoirs capturing the heroism and sacrifice.