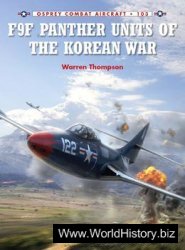 In 1948 the USAF, Marine Corps and US Navy were concentrating on converting over to an all-jet force. When the Korean War started in June 1950, the USAF had built up a sizable jet force in the Far East, while the US Navy was in the early stages of getting F9F Panthers operational as replacements for its piston-engined F8F Bearcats. At about this time, the Marine Corps had also begun using the Panthers in limited numbers. Operating from aircraft carriers off the Korean coast, F9Fs helped stop the North Korean invasion within two weeks of the communists crossing the 38th Parallel.