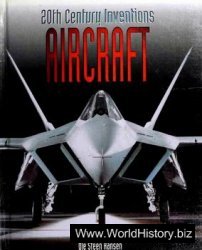 A look at the ever-changing technology of aircraft, this book, which is part of a series on twentieth-century inventions, describes aircraft's vital civil and military importance. The secret of flight has intrigued human-kind for thousands of years. But it was not until 1903 that an aircraft lifted itself into the air under its own power. The development of aircraft since the Wright brothers' historic 1903 flight has been so spectacular that it is hard to imagine life without them. Aircraft playS a role in everything from transporting people and goods to pollution control, and from studying wildlife to fighting battles. As with other books in this series the emphasis is on the ways in which aircraft have been used and their dramatic impact on our lives in business, leisure, education, medical and military arenas.