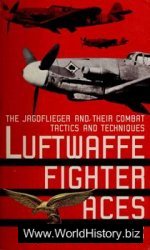 Flying has no equivalent, while war is the second-oldest profession. Combined, they are the ultimate in human experience. The fighter pilot is the modem equivalent of the ancient single combat champion, whose worth was measured by the number of his victories. Yet no champion of old ever approached the number of victories attributed to the leading fighter pilots of the Luftwaffe in the Second World War. What sort of men were they?