America’s Elite: US Special Forces from the American Revolution to the Present Day 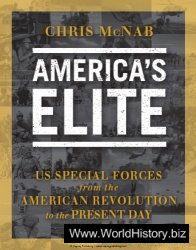 America’s Elites takes the reader through some of the most dramatic special forces operations in US history, from sniping British commanders during the Revolutionary War to Riverine incursions in the Mekong Delta in Vietnam, and from demolition missions on D-Day to the SEAL assault on Osama bin Laden’s compound in 2011. Training and selection procedures are explained in detail, and the book also describes some of the technologies that have separated regular soldiers from their Special Forces counterparts. Illustrated throughout with striking photography and artworks, America’s Elites forms the most comprehensive and visually impressive single-volume guide to US Special Forces available.