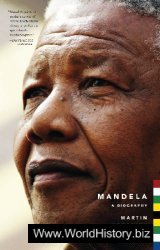 Nelson Mandela stands out as one of the most admired political figures of the twentieth century. It was his leadership and moral courage above all that helped to deliver a peaceful end to apartheid in South Africa after years of racial division and violence and to establish a fledgling democracy there. Martin Meredith's vivid portrayal of this towering leader was originally acclaimed as "an exemplary work of biography: instructive, illuminating, as well as felicitously written" (Kirkus Reviews), providing "new insights on the man and his time" (Washington Post). Now Meredith has revisited and significantly updated his biography to incorporate a decade of additional perspective and hindsight on the man and his legacy and to examine how far his hopes for the new South Africa have been realised. Published as South Africa celebrates 100 years since its founding and hosts the 2010 World Cup, Nelson Mandela is the most thorough and up-to-date account available of the life of its most revered hero