A Pictorial Record of the Qing Dynasty - Old Manchu Capital 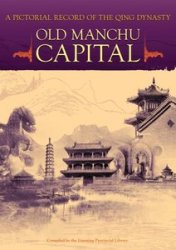 For nearly 30 years before the Qing forces captured Shanhaiguan, Liaoning had been the political center of the early Qing government. Moreover, Liaoning was the rising land of the dragon; where the ancestors of Qing emperors were buried, therefore, the imperial court attached great importance to the administration and development of Liaoning. A Pictorial Record of the Qing Dynasty - Old Manchu Capital, is compiled by the Liaoning Provincial Library and consists of 500-plus photographs and paintings about the organizational system of the Liaoning area, its war relics, religious temples, culture, and education during the Qing Dynasty. Some of the photographs or paintings are taken from first editions or rare editions, such as the 130-volume Shengjing Gazette carved and produced by Wuying Hall. Also included in this title are the Collection of Manchu Official Seals produced during Emperor Qianlong's reign, the Records of the Sino-Japanese War published by the Japanese Hakubunkan in 1894, the Photograph Album of Scenes during the Russo-Japanese War published in 1906, the Complete Maps of Paddocks and Kaluns in the Territory of Shengjing, the Blueprint of Lushun Shipyard, the Photograph Album of Historical Relics in Shenyang, and many more.