A History of Ukraine 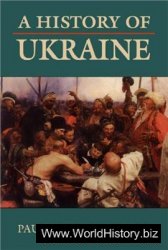 Although the new state of Ukraine came into being only in 1991 as one of many states formed in the wake of the Revolution of 1989, it was hardly a new country. Yet what the world generally knows of Ukraine is often associated with relatively recent tragedies - Chernobyl' in 1986, Babi Yar in 1941, the Great Famine of 1933, and the pogroms of 1919. But there is more to Ukrainian history than tragedy in the modern era and, indeed, more to Ukraine than Ukrainians.
Until now, most histories of Ukraine have been histories of the Ukrainian people. While this book too traces in detail the evolution of the Ukrainians, Paul Robert Magocsi attempts to give judicious treatment also to the other peoples and cultures that developed within the borders of Ukraine, including the Crimean Tatars, Poles, Russians, Germans, Jews, Mennonites, Greeks, and Romanians, all of whom form an essential part of Ukrainian history.
A History of Ukraine has been designed as a textbook for use by teachers and students in areas such as history, political science, religious history, geography, and Slavic and East European Studies. Presented in ten sections of roughly five chapters each, it proceeds chronologically from the first millennium before the common era to the declaration of Ukrainian independence in 1991. Each section provides a balanced discussion of political, economic, and cultural developments; each chapter ends with a summary of the significant issues discussed. The whole is complemented by forty-two maps, nineteen tables, and sixty-six 'text inserts' that feature excerpts from important documents and contemporary descriptions, and vivid explanations of specific events, concepts, and historiographic problems. Students will also benefit from the extensive essay on further reading that provides bibliographic direction for each of the sections in the book.

Introduction and Pre-Kievan Times.
Ukraine's Geographic and Ethnolinguistic Setting.
Historical Perceptions.
The Steppe Hinterland and the Black Sea Cities.
The Slavs and the Khazars.
The Kievan Period.
The Rise of Kievan Rus'.
Political Consolidation and Disintegration.
Socioeconomic and Cultural Developments.
The Mongols and the Transformation of Rus' Political Life.
Galicia-Volhynia.
The Lithuanian-Polish Period.
Lithuania and the Union with Poland.
Socioeconomic Developments.
The Orthodox Cultural Revival.
Reformation, Counter Reformation, and the Union of Brest.
The Tatars and the Cossacks.
The Cossack State, 1648-1711.
Khmel'nyts'kyi and the Revolution of 1648.
Muscovy and the Agreement of Pereiaslav.
The Period of Ruin.
The Structure of the Cossack State.
Mazepa and the Great Northern War.
Socioeconomic and Cultural Developments in the Cossack State.
The Hetmanate and the Right Bank in the Eighteenth Century.
Ukrainian Autonomy in the Russian Empire.
Socioeconomic Developments in the Hetmanate.
Religious and Cultural Developments.
he Right Bank and Western Ukraine.
Ukraine in the Russian Empire.
Administrative and Political Developments in Dnieper Ukraine.
Socioeconomic Developments in Dnieper Ukraine.
The Peoples of Dnieper Ukraine.
The Ukrainian National Renaissance in Dnieper Ukraine before the 1860s.
The Ukrainian National Movement in Dnieper Ukraine after the Era of Reforms.
Ukraine in the Austrian Empire.
The Administrative and Social Structure of Ukrainian Lands in the Austrian Empire before 1848.
The Ukrainian National Awakening hi the Austrian Empire before 1848.
The Revolution of 1848.
The Administrative and Socioeconomic Structure of Ukrainian Lands in the Austrian Empire, 1849-1914.
The Ukrainian National Movement in Austria-Hungary, 1849-1914.
World War I and the Struggle for Independence.
World War I and Western Ukraine.
Revolutions in the Russian Empire.
The Period of the Hetmanate.
The Directory, Civil War, and the Bolsheviks.
The West Ukrainian National Republic.
The Interwar Years.
The Postwar Treaties and the Division of Ukrainian Lands.
Soviet Ukraine: The Struggle for Autonomy.
Soviet Ukraine: Economic, Political, and Cultural Integration.
Minority Peoples in Soviet Ukraine.
Ukrainian Lands in Interwar Poland.
Ukrainian Lands in Interwar Romania and Czechoslovakia.
World War II and the Postwar Years.
The Coming of World War II.
World War II and Nazi German Rule.
Soviet Ukraine until the Death of Stalin.
From Stalin to Brezhnev.
From Devolution to Independence.