Visions of America: A History of the United States, Combined Volume 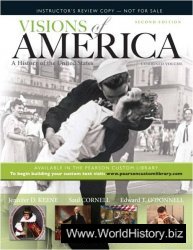