A History of Modern Iran 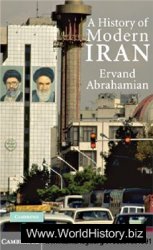 In a reappraisal of Iran's modern history, Ervand Abrahamian traces its traumatic journey across the twentieth century, through the discovery of oil, imperial interventions, the rule of the Pahlavis and, in 1979, revolution and the birth of the Islamic Republic. In the intervening years, the country has experienced a bitter war with Iraq, the transformation of society under the clergy and, more recently, the expansion of the state and the struggle for power between the old elites, the intelligentsia and the commercial middle class. The author is a compassionate expositor. While he adroitly negotiates the twists and turns of the country's regional and international politics, at the heart of his 2008 book are the people of Iran. It is to them and their resilience that this book is dedicated, as Iran emerges at the beginning of the twenty-first century as one of the most powerful states in the Middle East.