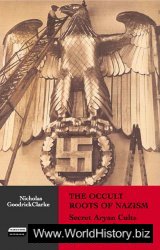 Product Description: Over half a century after the defeat of the Third Reich the complexities of Nazi ideology are still being unravelled. This text is a serious attempt to identify these ideological origins. It demonstrates the way in which Nazism was influenced by powerful occult and millenarian sects that thrived in Germany and Austria at the turn of the century. Their ideas and symbols filtered through to nationalist-racist groups associated with the infant Nazi party and their fantasies were played out with terrifying consequences in the Third Reich: Auschwitz, Sobibor and Treblinka are the hellish museums of the Nazi apocalypse. This bizarre and fascinating story contains lessons we cannot afford to ignore.