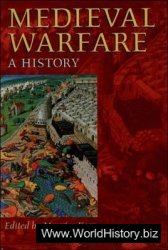 The medieval period was a singular epoch in military history--an age profoundly influenced by martial ideals, whose very structure of society was organized for war, and whose leaders were by necessity warriors. Now, the richly illustrated Medieval Warfare illuminates this era, examining over seven hundred years of European conflict, from the time of Charlemagne to the end of the middle ages.