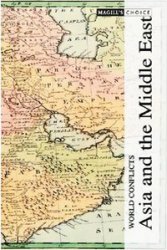 Asia and the Middle East examines crisis areas in the nations of the Middle East, South Asia, Southeast Asia, and East Asia. This set applies a broad definition to "Middle East" to encompass the predominantly Muslim nations of both the eastern Mediterranean region and North Africa. This definition corresponds closely with the U.S. State Department's definition of "Near East." The thirty-four articles in World Conflicts: Asia and the Middle East are updated versions of articles that appeared in Salem Press's World Conflicts and Confrontations. Two of the articles cover broad regions (Middle East and Asia); the rest cover individual nations. Designed to meet the needs of students, faculty, and others seeking clear explanations of and background to what has been going on in the region's many troubled countries, the set identifies the "hot spots" and offers in-depth analyses of the countries facing difficult and dangerous problems that are of vital concern to the entire world.