Pilgrims and Pilgrimage in the Medieval West 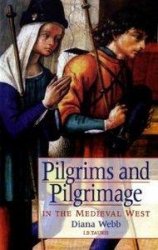 Pilgrimage was an integral part of both medieval religion and medieval life, and from its origins in the fourth-century Mediterranean world it spread rapidly to Northern Europe as a pan-European devotional phenomenon. Concentrating on the medieval Latin West, this book covers the period spanning the growth in pilgrimage during the seventh century to the Protestant Reformation in the 16-century, when pilgrimage ceased to be a vital part of European Christian culture. It draws extensively upon original source materials accounts of pilgrimage, guidebooks, chronicles, wills, covert memos, and state documents, thereby seeking to uncover the motives of the pilgrims themselves as well as details of and attitudes towards their preparations, journeys, shrines, and eventual destinations (particularly Jerusalem, Compostela, and Rome).