The Normans: The History of a Dynasty 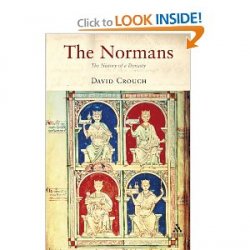 The first great city to which the Crusaders came in 1089 was not Jerusalem but Constantinople, the capital of the Byzantine Empire. Almost as much as Jerusalem itself, Constantinople was the key to the foundation, survival and ultimate eclipse of the crusading kingdom. It was the threat to Constantinople which led Urban II to preach the First Crusade, yet the Byzantines were extremely suspicious of this and subsequent crusades, often failing to provide looked for military and diplomatic support. The riches and sophistication of the great city nevertheless made a lasting impression on the crusaders, and through them on western European culture. In turn, Byzantine leaders employed their sophistication and diplomatic skills in an attempt to use the crusades to supply their own weaknesses. In the end, the lure of the city's wealth was irresistibly fatal to the claims of Christian unity. In 1204, the Fourth Crusade under the Venetian doge Enrico Dandolo, captured and sacked Constantinople, signaling the effective end of almost a thousand years of Byzantine dominance in the east.