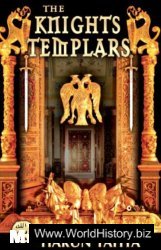 The Templars were a shadowy medieval cult proscribed by a joint decision of the King of France and the Pope. It was originally founded to fight for Christianity, but over time_as the Templars acquired immense power, adopted heretical teachings, and established a capitalist system based on material gain, their order fell afoul of the Church. After being dispersed, the cult survived underground.


The Templars developed a fierce opposition to the Church and the divine religions in general, and eventually turned into the organization we know as the Freemasons. The Masons’ antireligious philosophy and involvement in revolutions and political movements is a consequence of their Templars ancestry. This book examines the secret history of this Templar/Masonic organization and some of its influences on recent world and Turkish history.