Shadow Warriors: A History of the US Army Rangers (Osprey General Military) 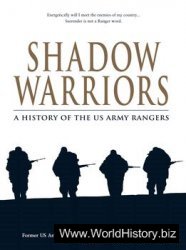 No American military unit can claim as colorful and volatile a history as the Rangers, who have led the way in America's wars for well over 300 years. This book traces the Rangers from the time of Robert Rogers during the French-Indian War of the 18th century to the most recent combat operations in Iraq.