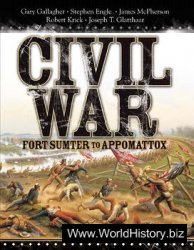 Undoubtedly the most cataclysmic military struggle of the late nineteenth century, the American Civil War spanned four bloody years of fighting in which over 620,000 American soldiers and sailors lost their lives. From its outbreak at Fort Sumter, South Carolina in April 1861 until its conclusion at the Appomattox Court House, more than 10,000 battles, engagements and skirmishes were recorded across the length and breadth of America. This book explores the political, historical and cultural significance of the American Civil War, examining its impact on the civilians and military personnel caught up in it.