A Concise History of the Civil War 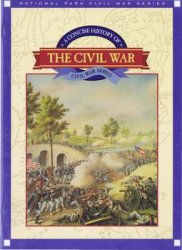 Part of the National Park Civil War Series. In 1861, the North and South, wedded by bonds of history, blood, and sacrifice, simply could no longer make this union forged by the Founding Fathers work. Irreconcilable differences emerged based on politics, geography, philosophy and economy. When it was over, after countless losses on countless battlefields, the citizens of this fractured nation had to decide for themselves if the result justified the sacrifice. Win or lose, living or dead, soldier or civilian, they had participated in something that set America apart and sent it on the path to world power.