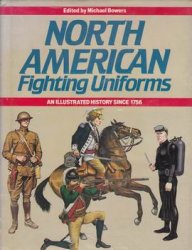 This book brings together a fascinating range of North American uniforms - from 1756 to the present day. The illustrations demonstrate the extraordinary influences upon the design of American (and this includes Canadian) uniforms. The Seven Years War of 1756 to 1763 was really a European war fought partly in North America; the War of Independence saw the emergence of a truly American military style. The Civil War, that bitter war between the States, produced many new concepts in uniform design, as well as some fanciful and homespun efforts. From World War I and World War II, to the elite and special forces in use today, we see in the uniforms a steadily increasing degree of specialization. The overall picture is one of evolution and adaptation coupled with a rapid development of military sophistication.