The Turks in Egypt and their Cultural Legacy 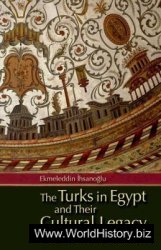 Though Egypt was ruled by Turkish-speakers through most of the period from the ninth century until 1952, the impact of Turkish culture there remains under-studied. This book deals with the period from 1805 to 1952, during which Turkish cultural patterns, spread through reforms based on those of Istanbul, may have touched more Egyptians than ever before. An examination of the books, newspapers, and other written materials produced in Turkish, including translations, and of the presses involved, reveals the rise and decline of Turkish culture in government, the military, education, literature, music, and everyday life. The author also describes the upsurge in Turkish writing generated by Young Turk exiles from 1895 to 1909.