Indian Society and the Making of the British Empire 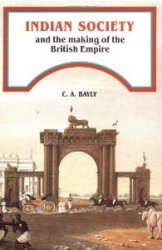 This volume provides a synthesis of some of the most important themes to emerge from the recent proliferation of specialized scholarship on the period of India's transition to colonialism and seeks to reassess the role of Indians in the politics and economics of early colonialism. It discusses new views of the "decline of the Mughals" and the role of the Indian capitalists in the expansion of the English East India Company's trade and urban settlements. It considers the reasons for the inability of indigenous states to withstand the British, but also highlights the relative failure of the Company to transform India into a quiescent and profitable colony. Finally it deals with changes in India's ecology, social organization, and ideologies in the early nineteenth century, and the nature of Indian resistance to colonialism, including the Rebellion of 1857.