Memory of the World: The treasures that record our history from 1700 BC to the present day 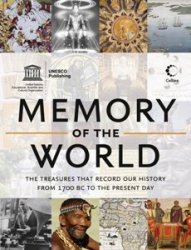 Author: UNESCO
Memory of the World: The treasures that record our history from 1700 BC to the present day
Collins
2012
Format: EPUB, PDF
Size: 217, 103 Mb
Language: English

From Afghanistan to Zimbabwe, priceless documentary heritage records the diversity of languages, peoples and knowledge that has influenced humanity from the early days of human history to the present. This heritage documents important events, discoveries or inventions that have transformed the world.
The UNESCO Memory of the World programme was created to preserve these recorded treasures of humanity and mobilize resources so that future generations can enjoy this legacy which is preserved in the major libraries, archives and museums across the globe.
This book is a full listing of all entries on the official UNESCO Memory of the World international register:
• Unique list of documentary heritage from around the world
• Photographs and descriptions for 244 precious documents
• All entries identified by the UNESCO International Advisory Committee and endorsed by the Director-General
Entries include:
• 42-line Gutenberg Bible, printed on vellum
• Archives of the International Prisoners of War Agency, 1914-1923
• Bayeux Tapestry
• Magna Carta, issued in 1215
• Philippine Paleographs (Hanunoo, Buid, Tagbanua and Pala’wan)
• The Endeavour Journal of James Cook
• The Wizard of Oz (Victor Fleming 1939)
• Russian posters of the end of the 19th and early 20th centuries
• The Battle of the Somme documentary
• The Atlas Blaeu-Van der Hem