Historical Dictionary of the Ottoman Empire 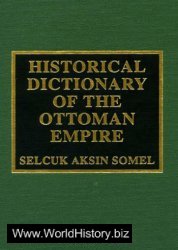 The Ottoman Empire was the last great Muslim political entity, emerging in the later Middle Ages and continuing its existence until the early 20th century and the creation of the modern state of Turkey. Here you will find an in-depth treatise covering the political, social, and economic history of the Ottoman Empire, the last member of the lineage of the Near Eastern and Mediterranean empires and the only one that reached the modern times both in terms of internal structure and world history. Key Features: historical maps; a detailed chronology; a list of Ottoman sultans and grand viziers; a dictionary consisting of 781 entries; an analytical bibliography; details where original Turkish documents can be located