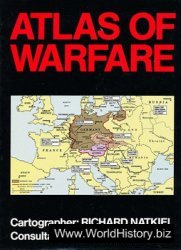 War is a fascinating subject, central to any understanding of the world and the way it has developed. Despite the dubious morality of using violence to achieve personal or political aims, the fact remains that it has been used to do just that throughout recorded history. Countries exist because of wars fought against their neighbors or rivals; they retain their independence largely through displaying both an ability and a willingness to fight if threatened, employing armed forces organized, equipped and prepared for such an eventuality.