The Oxford History of Modern War 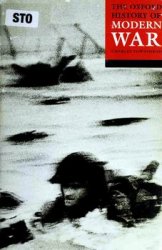 How has war shaped modern society and vice versa? How has it changed over the centuries between the introduction of firearms and the invention of the atom bomb? How is war waged today? This book examines the techniques, technology, and theory of warfare from the 'military revolution' of the seventeenth century to the present day. The expert contributors explore major developments and themes, including the growth of modern military professionalism and mass armies; the extraordinary achievements of Napoleon's armies; the role of nationalism in battlegrounds as various as the American Civil War and the former Yugoslavia; colonial wars; the concept and reality of 'total war'; guerrilla warfare and 'people's wars'.