Ebla and its Landscape: Early State Formation in the Ancient Near East 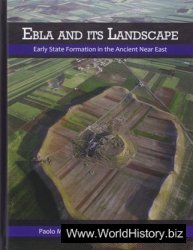 The discovery of 17,000 tablets at the mid-third millennium BC site of Ebla in Syria has revolutionized the study of the ancient Near East. This is the first major English-language volume describing the multidisciplinary archaeological research at Ebla. Using an innovative regional landscape approach, the 29 contributions to this expansive volume examine Ebla in its regional context through lenses of archaeological, textual, archaeobiological, archaeometric, geomorphological, and remote sensing analysis. In doing so, they are able to provide us with a detailed picture of the constituent elements and trajectories of early state development at Ebla, essential to those studying the ancient Near East and to other archaeologists, historians, anthropologists, and linguists. This work was made possible by an IDEAS grant from the European Research Council.