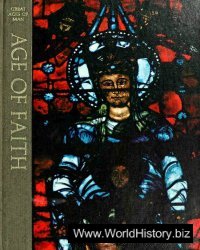 A thousand medieval years were not solely an "age of faith" nor is faith a uniquely medieval phenomenon. But the cathedrals were the most impressive monuments of that era; its greatest poem was a description of Hell, Purgatory and Paradise; crusades were the only collective enterprises which temporarily rallied all nations; there were heretics and infidels but agnosticism was nonexistent or cowed into silence; the clergy was more numerous and influential in politics, economics, philosophy and other intellectual pursuits than it has ever been since. There is nothing wrong with the traditional formula of an "age of faith," provided we remember that the Middle Ages were many other things as well.