A Pictorial Record of the Qing Dynasty - Manchurian Railway 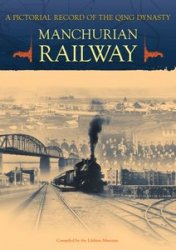 A Pictorial Record of the Qing Dynasty Manchurian Railway records the early stage of the Manchurian Railway (1906-1911), covering its operations along the railway and in its accessory lands. Consisting of 500 photographs taken from Lushun Museum's special archive on the Manchurian Railway, the book provide first-hand resources for studying the history of Japan's invasion of China dating from the late Qing Dynasty. After winning the Russo-Japanese War, the Japanese founded the Southern Manchurian Railway Corporation to build a railway system based on the former Russian-owned railway. Centered on Dalian, the railway extended to many parts of northeastern China. At the same time, the corporation also initiated a large-scale development of mineral mines, ports, towns, and villages along the railway. Originally taken to build up the archive for the Manchurian Railway Investigation Department, all the photographs collected in the book are clearly dated, information-packed, and of exceptional academic value.
KEY FEATURES
- Manchurian Railway is the fourth book in A Pictorial Record of the Qing Dynasty series. The other three books are entitled Business bocuments (Released May 2008), Old Manchu Capital (Released June 2008), and Rivers and Sites (Released October 2008)
- Most of these precious historical photographs collected in this book are available to the public for the first time
- Content ranging from railway construction, port facilities, agriculture, industry, mining, culture, education, and health
- More than 500 original photographs