Images of Terror: What We Can and Can't Know About Terrorism 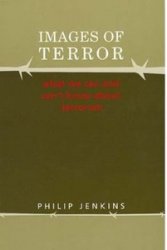 As in the study of any social problem, to understand terrorism we must understand how certain interest groups and bureaucratic agencies present their particular views of terrorist phenomena, and how they strive and try to establish these as the ones that come to be accepted as obviously correct. We also need to consider their audiences. Why do the media accept or reject certain views of terrorism? Why does the public accept one kind of rhetorical presentation rather than another? How aYe popular attitudes shaped and reshaped by the images and stereotypes offered in the mass media, and in popular culture? When we appreciate the processes involved in making news about terrorism, we are better able to sift critically the claims that are made, and to evaluate policies.
Images of Terror provides a critical guide to the images of terrorism that we see daily in the mass media. All too often, scholars and journalists accept uncritically the interpretations of terrorism they receive from governments and official agencies. Our perceptions of terrorism are formed by the interaction of bureaucratic agencies, academics and private experts, and the mass media. Yet the images and stereotypes offered do not necessarily reflect objective reality.
Jenkins argues that terrorism, like most other problems, is socially constructed. He does not suggest that terrorism is not a real problem, an authentic menace, or that society should not respond promptly and effectively to terrorist threats. But rather than being something understood in the same way by people in different societies and different eras, the concept of terrorism is shaped by social and political processes, by bureaucratic needs and media structures. This process of construction applies both to the overall concept, and to specific movements, to groups and their actions.
For the foreseeable future, terrorism is likely to remain a dominant issue in the political life of the United States, and indeed of much of the world. This book raises important questions about how we form our notions of the enemy to be confronted, and how, when we make statements about terrorism, we know what we think we know.