A History of Japan: Revised Edition 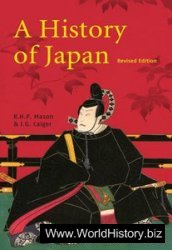 A History of Japan, Revised Edition includes:
• Archaic Japan—including Yamato, the creation of a unified state, the Nara Period, and the Heian period
• Medieval Japan— including rule by the military houses, the failure of Ashikaga Rule, Buddhism, and the Kamakura and Muroachi Periods periods
• Ealy Modern Japan—including Japanese feudalism, administration under the Tokugawa, and society and culture in early modern Japan
• Modern Japan—including The Meiji Era and policies for modernization, from consensus to crisis (1912-1937), and solutions through force