A History of the Ideas of Theoretical Physics: Essays on the Nineteenth and Twentieth Century Physics 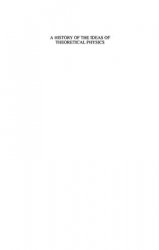 Through the study of the ideas of the great fathers of theoretical physics, such as Ampere, Weber, Helmholtz, Maxwell, Boltzmann, Einstein, Schrodinger, et al., this book affords an improved understanding of modern physics. Author's main field of interest concerns the physicists' conceptions of the methods and nature of science. In his view, innovative conceptions contributed to important achievements in theoretical physics. Dissenting from the historiography of the linear development of scientific ideas, he duly underlines the fact that, in the passage from nineteenth-century electrodynamics to theoretical physics, the process of mathematization varied remarkably, ranging from Ampere's and Weber's algebraization to Maxwell's attention to mathematical analogies and dimensional analysis, not to mention Einstein's non-Euclidean approach to general relativity and the via-operators formulation of quantum theory. The author describes how, in the same period of time, physicists modified their ideas on the theory-experiment relationship, as shown, for example, by Hertz's theoretical holism, and by Boltzmann's discrediting of crucial experiments.
As such, this book will prove a useful addition to the culture of modern scientists and philosophers, and it could be influential in orienting teachers towards new approaches to teaching physics at undergraduate and graduate levels. It is aimed at historians of physics, epistemologists, professors of physics, PhD candidates in history of science, undergraduate and graduate students in history of physics and of science, and, last but not least, the cultured lay general reader.