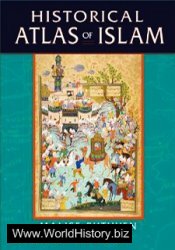 Among the great civilizations of the world, Islam remains an enigma to Western readers. Now, in a beautifully illustrated historical atlas, noted scholar of religion Malise Ruthven recounts the fascinating and important history of the Islamic world.
From the birth of the prophet Muhammed to the independence of post-Soviet Muslim states in Central Asia, this accessible and informative atlas explains the historical evolution of Islamic societies. Short essays cover a wide variety of themes, including the central roles played by sharia (divine law) and fiqh (jurisprudence); philosophy; arts and architecture; the Muslim city; trade, commerce, and manufacturing; marriage and family life; tribal distributions; kinship and dynastic power; ritual and devotional practices; Sufism; modernist and reformist trends; the European domination of the Islamic world; the rise of the modern national state; oil exports and arms imports; and Muslim populations in non-Muslim countries.
Lucid and inviting full-color maps chronicle the changing internal and external boundaries of the Islamic world, showing the principal trade routes through which goods, ideas, and customs spread. Ruthven traces the impact of various Islamic dynasties in art and architecture and shows the distribution of sects and religious minorities, the structure of Islamic cities, and the distribution of resources.
Rich in narrative and visual detail that illuminates the story of Islamic civilization, this timely atlas is an indispensable resource to anyone interested in world history and religion.