The Knights of Malta 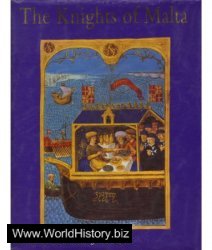 The Order of St John, or Knights of Malta, was founded in Jerusalem in the 1070s as a hospice for pilgrims. During the Crusades it developed a military and subsequently a political role, and in succeeding centuries influenced and interfered considerably in the diplomatic and religious history of Europe. It sill survives today, in a somewhat mysterious form. However, there is no complete history of the Order, in any language, nor has any attention been paid to the Order's considerable artistic legacy. In this book, Sire describes the history and origins of the Knights of St John, examining as well other aspects, including the important Hospitaller castles of the medieval period, such as Crac des Chevaliers; the Priories of the order established throughout Europe, with their art and architecture; the role played by the Knights in the history of their respective countries; and the art (portraiture, jewellery, illuminated manuscripts - much of which is illustrated here) collected by the Knights. In the final section, Sire describes the conquest of Malta by Napoleon, looks at an episode in the 1950s when a Catholic cardinal tried to subject the order to Vatican control, and finishes by describing the modern version of the Order.