Retreat of I Corps 1914 (Battleground Europe) 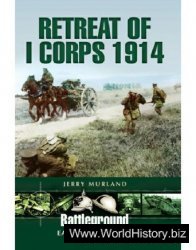 On 23 August 1914 it was only the two divisions of General Smith-Dorrien’s II Corps that were directly engaged with the German First Army along the line of the Mons-Conde Canal. As the British Expeditionary Force withdrew from Mons and bivouacked around Bavay on 25 August, Sir John French and his GHQ advisors – unsure of the condition of the routes through the Forêt de Mormal - ordered the British Expeditionary Force to continue their retirement the next day and to avoid the 35 square miles of forest roads.